The surname is known: Hallie Meyer is the daughter of Danny Meyer, a world-famous New York restaurateur, particularly tied to Rome and Italian cuisine. And so his daughter, who after a period of training in the the Eternal City, is opening an Italian gelateria in New York. Here's the interview.

The stretch of Irving Place that connects Gramercy Park to 14th has always had a special charm, and foodies who hang out at Bedford Cheese and the neighborhood cafes and patrons of Irving Plaza know this well. Hallie Meyer chose the corner with 19th Street, not far from her dad’s––Danny Meyer––Daily Provisions, for her Caffè Panna, recently opened cafe-gelateria. The adventure is independent of the Union Square Hospitality Group (the mega dining group owned by her father Danny, a pioneer in pointing the way for those who want to try their hand at entrepreneurship in the food sector in New York), and we were at the soft opening and exchanged a few words with the twenty-six-year-old owner who welcomed us with enthusiasm, speaking in Italian: “I speak it because I worked in Rome one summer and in the kitchens of the American Academy I met who is now one of my cooks”.

And it’s precisely on the model of an Italian coffee bar-gelateria that Hallie has designed her place, conceived as a neighbourhood meeting place, open all day (thirty seats, and two separate counters, one for gelato and one for the coffee bar) where people can grab a snack with gelato or a drink after work. There are ten gelato flavours produced in the laboratory attached to the coffee bar, with ingredients sourced locally or coming from Italy. But among the house specialties there’s also affogato. We asked Hallie to answer some questions regarding the choice of suppliers.

Whipped cream, coffee and chocolate. How Hallie’s gelato is born

The eponymous panna, whipped cream, for example, where is that sourced from? “From Piemonte! Here in New York there was no cream with the percentage of fat I needed to whip it like I’d normally find in Italian coffee bars. Others importing a similar heavy cream here are the people at Grom, but we turned to Lioni Mozzarella (historical exporter, Ed.) and for now we are the only ones who have this specific type of product”. And what about the coffee? “We use Joe’s Coffee, because we like how they do business, and because they also designed a specific blend for my father’s bar, Marchio; but also because when their team came to Rome I was their guide around the best bars in the city!”. Lastly, the treat served with espresso, a piece of carefully selected chocolate: “I am very attached to this chocolate. The taste is fruity and goes very well with coffee. It’s made in Utah, a very passionate Mormon producer. They too are inspired by Italy, as the name, Amano Chocolate suggests”. At the counter of Caffè Panna, which leaves no doubt about the all-Italian inspiration of the project, clients will also find Stracciatella, chocolate sorbet, orange nougat, and olive oil gelato flavours. But also others that nod to American habits, from crisp lemon curd to strawberry cheesecake, and cookies & cream flavours.

Cassinelli in Astoria: the history of Italian pasta in New York 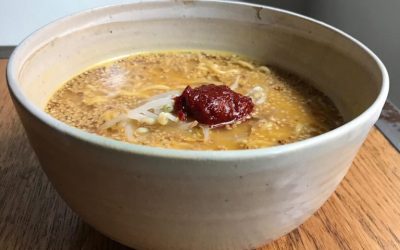 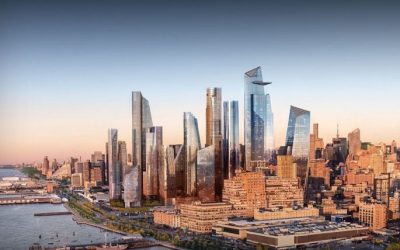 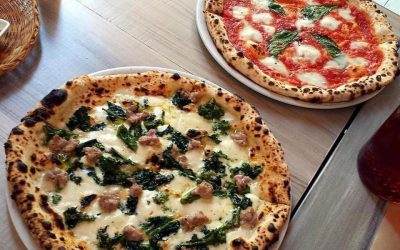 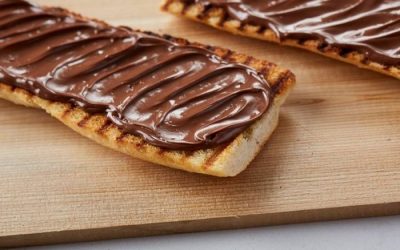 The Italian confectionery industry the world loves. Nutella Cafè a...