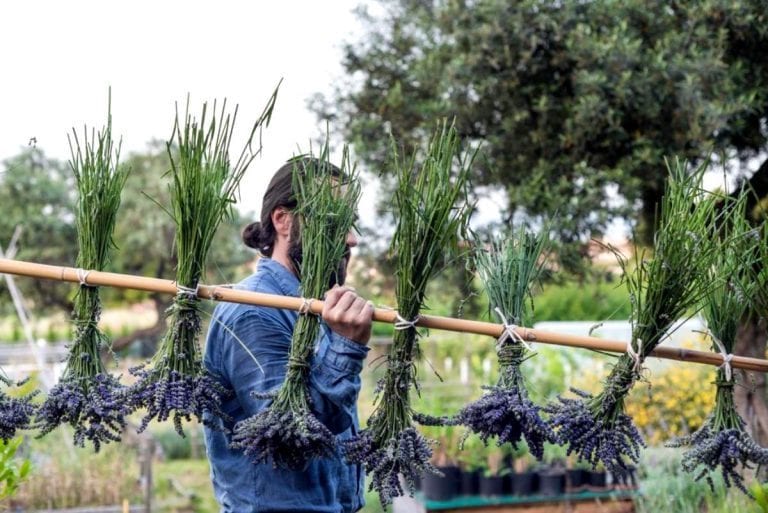 In Pescara an ex musician and a textile worker started the Orti Geometrici project eight years ago. Today, with their harvest, they produce lacto-fermented products, kombucha and vinegars.

Since 2012 Fabio Ciarcelluti and Pietro Felice (the latter continues to work part time in the family textile company, actually entered the project four years ago) have started “geometric vegetable gardens” where they grow wild or ancient herbs, edible flowers, medicinal plants, vegetables, according to the principles of different types of agriculture, from synergy, to biodynamics, to forestry agriculture. The two subsequently started producing lacto-fermented products, kombucha and vinegars.

“The Geometric Gardens were born following a break that I had taken from my previous passion, I was a musician”, Fabio Ciarcelluti tells us, “I took a course in natural and synergic farming organised by a local association in Pescara. Practically, it fostered the creation of a vegetable garden arranged on pallets placed at your own discretion, some folks arrange them in a spiral, others in a more conventional squared way, in any case according to the preconceptions of synergistic agriculture, this growing method generates positive energy even in those who do the farming”. Synergic agriculture is a farming method devised by the Spanish farmer Emilia Hazelip based on the principle of soil self-fertility and therefore with no human intervention whatsoever.

Fabio, based on the notions learned during the course, began to cultivate disused family land on the hills of Pescara. “It’s an oasis of about 4 hectares, of which we cultivate only one. The land was purchased by my family thirty years ago but no one had ever farmed it, so when I decided to grow on it eight years ago, the area was in a totally wild state. I started with a small patch of 100 square meters, then as I studied other production methods, from organic to biodynamic, I expanded.” Today their idea of agriculture is always natural, but stripped of any dogma. “There is very little left of the initial synergic agriculture: of course, we don’t use synthetic chemicals but not even the famous horn filled with manure which made biodynamic agriculture famous even to those not too familiar with the practice. In short, we found our formula by drawing from multiple schools of thought.”

Including forestry agriculture and a Korean practice

To nourish the soil they use fermentation. “We use waste products from the mowing of green manure plants, such as lupinello, alfalfa or clover, and we submerge them in a sugary solution that starts the fermentation process. Once the organic substance juice is ready, we filter it and put it in the pumps to spray the leaves and soil. It’s a Korean practice, but nothing prevents us from changing it when we find a more effective one.” The beauty of the Orti Geometrici, in spite of the name chosen, is that they are open to applying traditions from all over the world and to all cultivation methods. Including forestry agriculture: “The flowerbeds in which we grow our products––during this season the focus is on Sulmona garlic and cucumbers––are interspersed with  flowerbeds of varying height planted with acacias, ailanthus or brambles, which serve both to protect from winds and parasites, and to give refuge to birds or other animals, such as hedgehogs, which by creating their lair there create an ecosystem, and therefore a precious nourishment for our plants.”

This method is also applied in the other plots that they manage in Loreto Aprutino since last year. “Here we focus on fruit trees also in honor of my father’s family who was a farmer and had a decidedly nourished assortment of pears and apples, then unfortunately this biodiversity gradually decreased to make room for the monoculture of olive trees.” The two planted apple, pear, fig, apricot and plum trees from the Vivai Belfiore di Lastra a Signa in the province of Florence––“they produce from wild rootstock so the plants are more resistant”––typical of Abruzzo, think limoncella apple or to zitella plant, but also plants typical of Tuscany and Lazio: “We want to become the reference point for the ancient fruit typical of Central Italy.”

The production of fermented products: vinegars, kombucha and lacto-fermented goods

But then what about the fruit, herbs, flowers and vegetables you grow? “We transform them.” After various training courses, including the one with Carlo Nesler and Sicilian microbiologist Carmen Ruello, they in fact approached the universe of fermentation. “It’s the oldest and most used processing method, that is before the advent of the food industry which made it obsolete. The first fermented product we created was Agro, an unpasteurised acetic seasoning from local raw materials. We produced this type of vinegar with licorice roots, artichoke flowers, carob, with lavender, helichrysum flowers and fruits.” Following this they moved on to producing kombucha, which they make with red turnip, saffron, helichrysum and cucumber, and lacto-fermented vegetables, such as the ferment of garlic scapes, gherkins, cabbage and apple (sauerkraut) or leek. “We have found great interest from chefs and bartenders, even if our goal is to make our products known and appreciated by end consumers.” A challenge to keep an eye on. 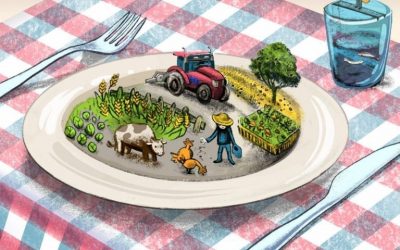 From Farm to Fork. Pros and cons of the new European farming strat... 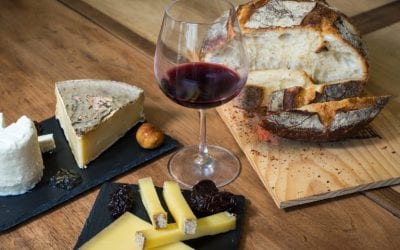 Sdijuno. The secret of the centennial Abruzzo peasants is their mi...

Cosmic Crisp, the new American apple variety that keeps for a year

The movement of young Italian farmers who grow bio-intensive crops