Previews from the Gambero Rosso Guide Vini d'Italia 2019 continue. Today it's the turn of Valle d'Aosta and Canton Ticino.

The Valle d’Aosta is a virtuous region in the production of quality wine, its tourist vocation drives it to offer wines in every price range, including the lowest ranks and for daily consumption, more immediate red and white wines. But from a region that dedicates so little space to the vineyard, only excellent products are expected. Products that can bring the image of the Aosta Valley around our country and even around the world. Today it’s a done deal; only the limited production prohibits this region from having more ambitious exports.

With a mountain climate that finds few similarities in the rest of the country, and with vineyards ranging from the valley floor to snow-capped peaks, at 350 to more than 1100 meters above sea level, Valle d’Aosta offers wines of extreme peculiarity. First of all it has a completely unique ampelographic range where the most diverse among the international vines (chardonnay, pinot grigio or malvoisie, sauvignon, viognier, müller-thurgau, gamay, pinot noir, merlot, syrah, grenache) grow alongside unknown or little-known vines elsewhere (white muscat, petite arvine, prié blanc, nebbiolo, fumin, petit rouge, vien de Nus, prëmetta, cornalin, mayolet, vuillermin). Combining climatic and ampelographic differences, the results produce a richness and a variety of wines that’s not reflected elsewhere, from subtle whites to powerful and savoury reds. But with such richness there is also the risk of creating confusion in the consumer’s mind, so now––taking into account territorial traditions, trends carried on by the vignerons and the cooperative cellars––are beginning to take shape..

In regard to whites, the fresh and fragrant petite arvines are gaining space, to which the richer and fatter whites are opposed, often vinified in barriques such as chardonnay and pinot grigio. On the other hand, the traditional Moscato di Chambave and the Blanc de Morgex et de La Salle, also made into sparkling versions, retain their position. As for reds, we perceive the desire to produce great international-style wines with syrah and especially with pinot noir. However, full-bodied reds from fumin grapes remain in vogue. The Tre Bicchieri of this edition confirm this trend.

The highest awards include a Petite Arvine (Sopraquota 900), a Chardonnay, a Pinot Grigio, two Pinot Noirs and, finally, a Moscato Passito, produced by a virtuous group of wineries that continue to talk about this small region in the world.

For many, Ticino is the “land of Merlot”. Today, the shif in climatic conditions have considerably diversified the ampelographic offer, so much so that in a few years we will find ourselves facing a real transformation of the territory. At the same time, more and more visitors appreciate the beauty of the Swiss Canton Ticino where vineyards exist not far from trendy loclities on the lake, enjoying the terraced slopes that dominate the valleys. They are certainly evocative sceneries, enriched by the charm of the vines, which exert a particular appeal: a powerful attraction tool for the ever growing tourism. Geographically speaking, Ticino is divided into two zones: the Sopraceneri to the north and the Sottoceneri to the south, which differ in soil and climate.

In the north, in Sopraceneri, the predominance of the soil is rather light, sandy, stony and therefore very permeable, an important element in a region with extreme precipitations. In the Valleys, Ticino viticulture becomes even more alpine and scenic; here the granitr soils produce wines that have an even greater maturation potential.
In the Sottoceneri, to the south, where the landscape becomes more Mediterranean, the terrain becomes flatter, the soils are heavier and more fertile, rich in limestone and clay.

But now to the winners. This year’s two Tre Bicchieri are equally distributed: a cellar from the north and one from the south of the Canton. Two awards that reward the value of producers able to best interpret the unique characteristics of the territory and its grapes. Castello Luigi ’16 by Luigi Zanini truly captivated us with its extremely refined body, triggering emotions today but promising even more with further refinement in the bottle. But it was the strong character and the ample bouquet of Angelo Delea‘s Carato ’16 that most surprised us, in this Ticino in constant evolution and growth. From year to year, thanks also to the new generations of winegrowers, we are sure that this land will be able to assert itself more and more with new, different, never predictable products. 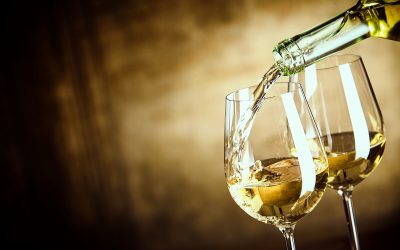 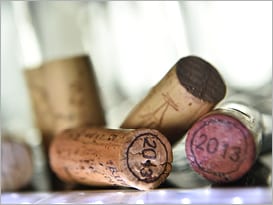