The world of Alchemist. The first-ever restaurant in the world that combines cuisine, art and theatre 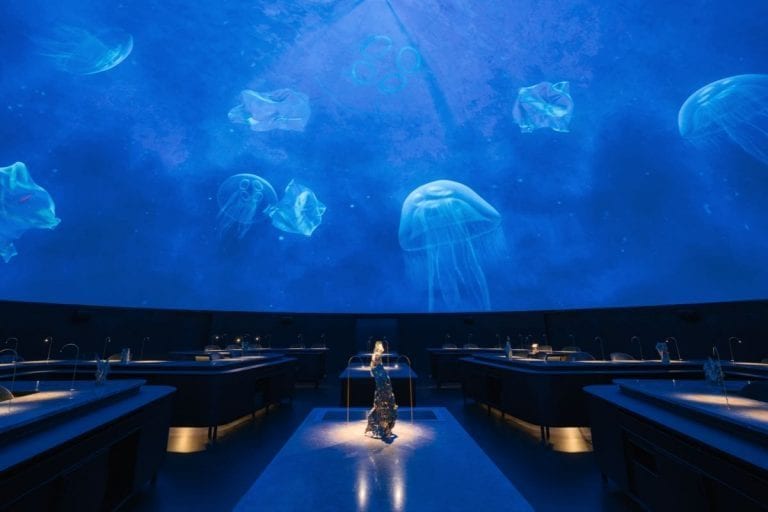 In an earlier monthy issue of Gambero Rosso we reported how a dinner at the Alchemist restaurant is structured, the latest Copenhagen in the dining world, and most likely destined to become the restaurant of the decade.

Come with an open mind. It will not be a simple dinner but a unique experience, never like now. You will not be asked to take part in any theatre, but to be ready to expand the idea of art in the kitchen. Welcome to Alchemist, the newest Copenhagen restaurant, most likely destined to become the restaurant of the decade.

It may not be the right choice for a business dinner or for a first date, be forewarned. The experience lasts from three to five hours and the only prerequisites are curiosity and mental focus. Alchemist is a holistic place that tests the most daring palates with its menu of 50 “impressions”, an essential part of the visionary Rasmus Munk where all senses come into play, between flavour and theatricality. “What we want to achieve is a restaurant that focuses on all aspects of a meal, not just on food. Beyond the dish, the atmosphere, the room, the temperature. The rigor in the room to activate all the senses of the guest: to give the perception that something more is happening than a simple dinner based on good food,” explains the brilliant twenty-eight year old chef. Because we are indeed talking about genius: “The intent is to redefine meals, in the same way that the ancient alchemists tried to merge philosophy, natural sciences, religion and the arts, to create a new understanding of world order, the aim of holistic cuisine is to redefine and broaden our knowledge of the concept of dining”, reiterates the creative chef.

Going further by means of an authentic script within the restaurant

What does this mean? Setting up an authentic screenplay inside a restaurant – which is much more than a restaurant – in which one not only dines (and therefore eats) but enters the multidimensional that cooking and food offer. Everyone will do it their own way because when it comes to theatricality, the most intimate and personal sensitivity takes over, but it will certainly be the way to “go further,” perhaps as it has never been done.

Ole Troelsø, food editor of the financial newspaper Børsen, was the first Danish journalist to review Alchemist: “What struck me most is how such a young cook managed to get so much in such a short time. He created something crazy like reviving a kind of ‘El Bulli style’ without making a copy but rather a variation, just like the composer Andrew Lloyd Webber did in the 70s in the wake of Paganini. The fusion of art, hospitality and extremely delicate food is surprising. Furthermore, I am impressed that this restaurant was created for guests, to please them, rather than to expect them to adapt to a concept.”

Chef Rasmus Munk has aroused curiosity and surprise since the first incarnation of Alchemist in 2015 where, in a tiny dark and mysterious gastro-bar, he served his ideas to a dozen people per shift. This time he has surpassed himself and is repaying the trust that Ex-CEO of Saxo Bank, Lars Seier Christensen (majority shareholder), has placed in him, investing 15 million euros in the project. At the moment it seems that there are already returns (not cheap) considering that the Michelin Guide, presented in February, awarded the restaurant two stars in one fell swoop, and the White Guide Denmark, the most important in Northern Europe, recognized it as Best Restaurant Of The Year a few months after opening (July 2019).

And precisely from the White team, professor, writer and editor of the White Guide, Helle Brønnum Carlsen comments: “This is a restaurant that I have neither seen nor tried before. Aside from the undisputed quality of everything served, Alchemist is exceptional in the way it uses forms and aesthetic communication. Every little detail has a specific message and is part of a greater holistic story that tells how we are forced to take care of our land and how we should remember the old culinary wisdom in respect of what has been done, what is happening and in what ethical work will go in the future.”

The Alchemist experience is a journey through different stages

The Alchemist experience is a journey through different stages (including the musical soundtrack) each with a strong impact on diners. First of all, there is the main room: here, sitting under the dome illuminated by images of huge natural sceneries, waiters and chefs serve around 35 small samples (of the 50 total). Symbolism plays with expectations, the visual impact often goes beyond the limits, stimulating or even causing disgust, but always, and this is the key point, being pleasant for the palate.

Chicken feet, for example, underline the unethical ways around intensive chicken breeding; just as the tongue is able to awaken our ignorance of how erotic a meal can be. We are guided through the contemplation of religion, pollution, respect for old masters in the kitchen; and there are impressive skills and creativity. After the dinner at Alchemist, we remember the pleasure of the delicacies tasted, but we also come out with several uncomfortable questions on global existential issues that’s impossible to answer. So perhaps only art can help us and for once the meal has become part of art, questioning the meaning of life.

Art and the many dimensions of being

So don’t hesitate, go through the imposing three-square-meter bronze doorway designed by Danish artist Maria Rubinke, and immerse yourself in a tasty parallel universe. Multiple dimensions: you will enter the first New York-themed room created by Japanese-American graffiti artist Lady Aiko, where you are invited to put an edible paper in your mouth that resembles an “acid tab” and that is actually produced with juice of clarified lime and kuzu starch (printed with quotes on the diversity and inclusion of people from all over the world). In the blink of an eye the walls open like in a television studio and you enter a second room where you can sit down with the other guests: a sort of waiting-prelude in which you can taste a glass of champagne observing – through a large window – part of the brigade at work and the immersion in this world begins, tasting the first of the 50 “impressions”, before the real Alchemist show goes on stage.

Fifty is the number of tastes that make up a gustatory journey of mouthfuls (2,500 Danish crowns, about 330 euros, excluding the 1,500, 2,600 or 5,000 crowns for the wine pairing entrusted to Helle Hasting who manages the 10,000 labels in the cellar) in which flavour and meaning combine in a curious union: “Avidity” is frozen air with aromas of pine and lemon verbena that dissolves in the mouth, a bit like catching snowflakes; “Smoky Sphere” is inspired by the Indian dish Panpuri and is a ball made of gluten blown with smoke trapped inside and on top of Jerusalem artichoke pannacotta, caviar and vinegar powder; “G&T” is a gin and tonic in solid form at –90 degrees. Well, the temperature of the body and the soul of the mind are getting accustomed to it, but it’s a polarising experience. Hold your breath and let the amazement surround you, you will be accompanied to the upper floor and in the dark a sliding door opens: you enter the planetarium dome which constitutes the main room, the heart of the restaurant.

The heart of Alchemist

Floating jellyfish, northern lights and Japanese cherry trees in bloom become the roof and the sky. You can dine in a surprising atmosphere: rows of unique and undulating tables, 52 high seats, each with a light that allows you to illuminate the workstation while submerged in surrounding shadows. The gourmet explorer of ingredients and organiser of the Oyster Danish Festival, Povl Lønberg Rasmussen, says: “My visit to Alchemist was a comforting dinner in a ‘zen state’. An experience in which every detail has become a goal in and of itself. The atmosphere, the deep respect for the ingredients, the most alternative foods, especially those that would normally be discarded and which instead Rasmus Munk transforms into history, wonderful taste and food for thought. I think of the cod ingots and winged prawns from Læsø which having a small imperfection are usually downgraded or discarded, but here they turn into a tasty experience. It’s not necessarily the most expensive raw materials that make up a sublime meal, there is much more in the love and the time, values that are present in every single bite created by the chef. Rasmus Munk shares his passion and his life so that we, his diners, can expand our knowledge and focus on the neglected and lesser known ingredients, especially on those of the rich Danish pantry (fruit juices of the Bornholm island served in the pairing, for example) which will finally be available to the whole world. And last but not least, the story that this young chef is writing will become part of the food culture of the future.”

One of the central aspects is eco-sustainability

One of the central aspects in Rasmus’ thinking is eco-sustainability: “I think it’s one of our global problems, we should talk about it, create awareness – says the chef – Many of the impressions on the menu focus on sustainability, not only related to food but also to the environment and plastic.” The solid example is one of the most demanding dishes for guests, the French Kiss, an appetizing tongue we could define it: “The idea was to create a new concept of fork and spoon, in this case we used a silicone tongue made from a human tongue mould, to play with, involving the sensation of the mouth,” explains the chef. The tongue is served halfway, when the diners have a few glasses in their bodies and are (perhaps) ready to kiss it, lick it, suck it: on it are placed some seasonings that change during the seasons; we tried a beet puree, blackberries and fresh and pickled blueberries, pine and rosehip aroma with fermented plums.

The article continues in the June issue of Gambero Rosso monthly magazine.

In the June issue of Gambero Rosso you can find the complete article with a description of the whole menu (ingredients included), the interview with the main investor Lars Seier Christensen and an Alchemist timeline.

The issue can be found in newsstands or online, on the App Store or Google Play Store 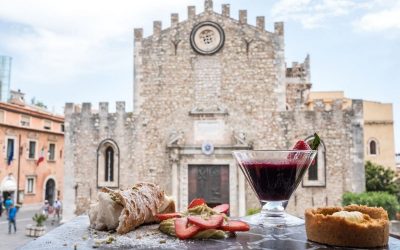 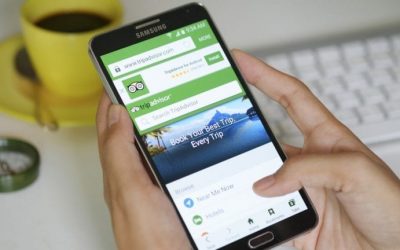 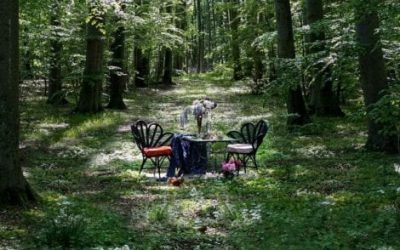 Nowhere: the Swedish restaurant with only six tables in the middle... 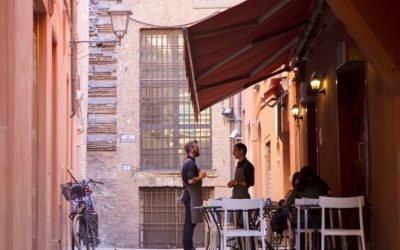 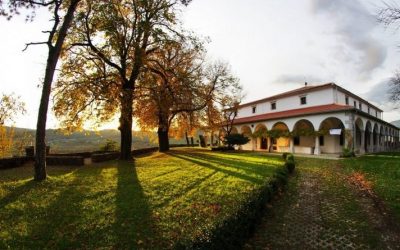 Dining in in Slovenia close from the border. The best restaurants ... 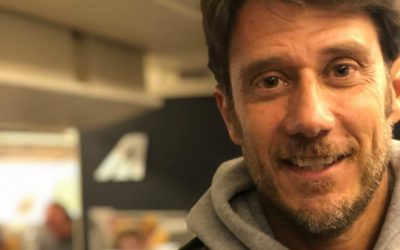