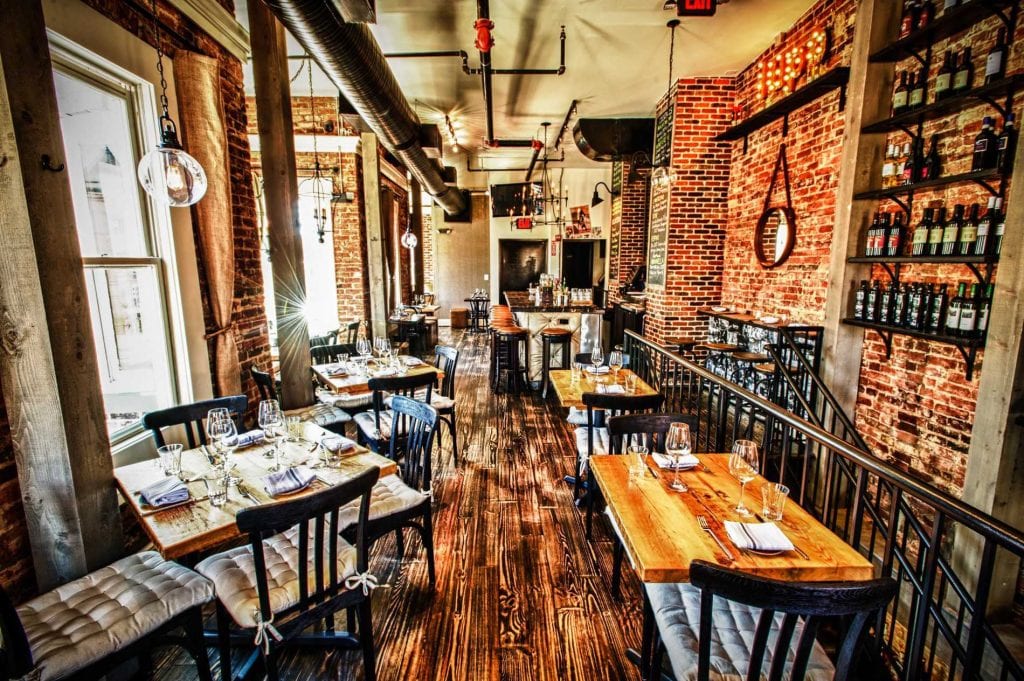 Lots of news at Lupo Verde. First of all the opening of Lupo Verde Osteria in the Palisades and the debut of Lupo Marino at the Wharf, then the departure of chef Mattia Venini which opened with Antonio Matarazzo the brilliant Stellina pizzeria last April. The flagship Lupo Verde restaurant keeps serving traditional food based on good ingredients arriving from Italy, together with an impressive variety of pasta in-house. Fusilli ‘con il ferretto’, made with a knitting needle, as Irpinia’s tradition demands, is topped with meat sauce, half pork and half beef, that simmers over low heat for at least eight hours. The Cheese Room is pretty remarkable, ranging from the classic to the rare, l’ubriaco del Piave, Moringhello made from Lombardy’s buffalo milk, Accasciato, from a mixture of cow and buffalo milk. All the selections can be paired with honeys and chutneys from around Italy. Pork chops, marinated in apple vinegar for four days and then grilled, are crunchy outside and wonderfully tender inside. The pork is slow-raised for Lupo Verde by Pig Crafters of Goochland in nearby Virginia. Lupo Verde’s wine list represents all Italian regions. The Tiramisu is damnly good. After the chef changed, we noticed some up & down but we’re still confident.