Victorian era high tea at The Orangery in London. Finding the roots of the ritual

A widespread tradition around the world and including Italy, is British afternoon tea, an ancient habit born in the Victorian era. In honor of Queen Victoria the Orangery at Blenheim Palace in London has launched an initiative to rediscover recipes of the past.

Hand-painted porcelain teacups and steaming teapot at the centre of the table. The spread is set with the finest flatware and most delicious treats, such as English tea cucumber sandwiches and scones smeared with jam and clotted cream. Embroidered tablecloths, gleaming vintage silverware and a generous slice of Victoria sponge, the famous cream and strawberry jam cake. These are only some of the elements of the Englishafternoon tea experience, perfect for those mid-afternoon munchies. The origins of the ritual

It is precisely with this intent that, in the Victorian age, the tea ritual was born, thanks to the “bad feeling” of Anna, Duchess of Bedford, who lived between the end of the eighteenth and the first half of the nineteenth century, one of Queen Victoria’s ladies-in-waiting. During this period, dinner at court was served around eight o’clock in the evening, many hours after lunch, and it usually was not very substantial. For this reason, the Duchess began to accuse a “strange feeling” around four or five o’clock in the afternoon. So she began having a cup of tea and some buttered bread slices secretly delivered to her room. This secret little snack soon became a habit shared also with her friends: in fact, the Duchess began to invite other nobles to the Castle of Belvoir, in the county of Leicestershire. Little cakes, bread and butter, pastries, and of course lots of tea: these were the main foods offered by the lady, who continued the tradition even after returning to London, summoning all her friends with a written invitation for “tea and a walk in the meadows”. It didn’t take long for this delicious custom of conviviality to also spread among the other ladies of the time.

Afternoon tea today, at The Orangery

Among the first supporters of this new meal was Queen Victoria herself, who enthusiastically welcomed the novelty, setting a veritable afternoon tea trend, with party dresses and tables set with great attention to the smallest detail. And a cake named in her honor, the Victoria sponge, whose simple and delicate taste is similar to the Italian torta paradiso, but with a more compact texture. According to historians, Queen Victoria was a notable gourmand, a lover of gusto and fine food, but above all she loved authentic flavors. Among her great passions, in fact, was street food, especially of German origin: the classic pairing of bratwurst and beer. As a tribute to Queen Victoria it is now possible at The Orangery in London, inside the Blenheim Palace, and until next April 16th, to relive the atmosphere of the Victorian era with a vintage-style afternoon tea, which traces the history of theritual’s sweet and savory specialties since marking the eating habits of the British over the centuries.The influence of the Victorian era, in fact, is still perceptible to this day: that very long period left an indelible mark on the culture of British society, not only from a moral point of view, but also from a gastronomic one. With slices of Victoria sponge and scones, Battenberg – a vanilla scented sponge cake covered with a thin layer of jam and wrapped in a marzipan shell – but also foreign sweets now part of the ritual, like French éclairs for example, it will be possible to sit in the elegant baroque spaces of Blenheim Palace to (re)discover the flavours of the past. More than an event, this is a sort of exhibition designed to shed light on an ancient culture that’s still very strongly present in the United Kingdom. The initiative launched in conjunction with the exhibition “Victorian Passions & Pursuits” began on February 10, 2018 at Bukingham Palace and designed to display in public the collectibles, and above all the many interests of Queen Victoria kept over time. “Our cakes have always been very popular with guests. They combine perfectly with the history of Queen Victoria, and the idea is catching on,”said chef Billy Bush to the British newspaper Telegraph. Along with sweets, therefore, also explanations by the team at The Orangery, but also informational leaflets distributed at the tables with detailed descriptions of each preparation. As an example, the explanation of Battenberg, “according to legend it was created by the niece of Queen Victoria, married to Prince Louis of Battenberg in 1884”. The afternoon in the tea room continues like this, between myths and folk tales, history and legend, anecdotes and lots of sweets to savour: a journey in time in the name of taste. 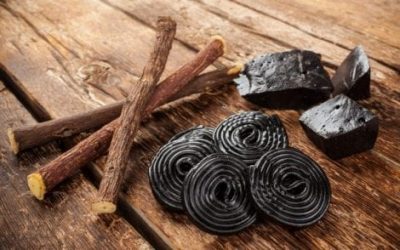 All about licorice: history, production and use in the kitchen 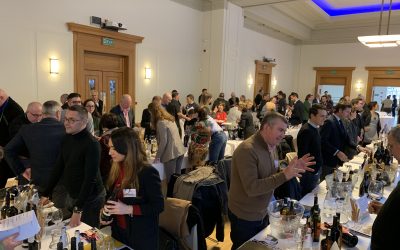 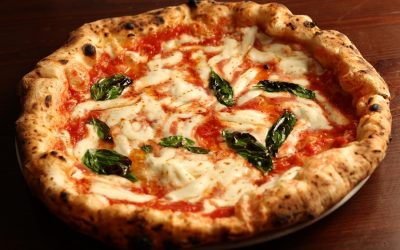