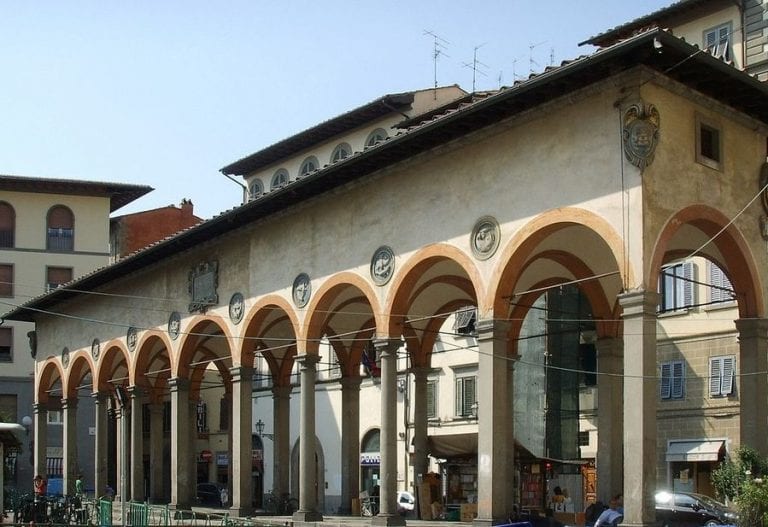 One of the best ways to truly grasp the spirit of Italy and its eating traditions is visiting and shopping at a local market. North to south, here are 10 of the best food markets in Italy.

Everything, from the aroma of the foods on display to the vibrant colors of sun-ripened produce, feeds the senses while soaking up the atmosphere. A day at the market is a unique way to observe the day-to-day lifestyle of the locals. All over the boot-shaped peninsula, markets abound, sometimes they are the fulcrum of a neighborhood, drawing the resident community on a daily basis. The local culture comes alive every morning when bustling shoppers banter with vendors, chatting––often about personal matters––catching up on current events and commenting the latest football results. Conversation first, transactions come later.

In the carrellino shopping carts are seasonal fruits and veggies, farmhouse cheeses, fresh fish, cured meats, bread and local wines. If you’re visiting any one of the cities listed below, be sure to visit: these are some of the best markets of Italy.

Campo del Palio is one of the largest squares in Italy. The name is owed to the Palio, a horse race similar to the more famous one held in Siena. The part of this vast expanse flanked by Piazza Alfieri and the Parco della Resistenza public park, built in 1875 with centuries-old Ginkgo biloba and Paulownia trees, comes alive every Wednesday and Saturday, when the market is in session. Vendors here offer specialties and seasonal produce of the Piedmont region, attracting locals and food lovers from other regions, from early morning to dusk (a unique characteristic). The best time to visit is in autumn, when the overwhelming display of mushrooms and local truffles is showcased. In addition, stalls feature mounds of chestnuts still in their spiny shells, wheels of Castelmagno cheese, crisp red apples and bottles of sensational wine.

Rialto, on the right on the bank of the Grand Canal has been the commercial heart of Venice for nearly one thousand years. Hidden behind the beautiful Rialto Bridge and through the arches of the Venetian Gothic-inspired loggia is one of Venice’s wonders: the fish market. This is where locals and restaurateurs come to source fresh fish, mollusks, shellfish and other seafood and lagoon catch, squid and cuttlefish, spider crabs and moeche – a soft shell crabs from the Venetian lagoon, a kilo of which may cost as much as €75. Gleaming sea creatures are artfully arranged on stalls covered with deep layers of crushed ice. Fishmongers wearing long aprons and gloves are busy at work, wrapping fish in paper and taking orders from the early hours of the morning. The sounds of the market are equally fascinating, vendors calling out the qualities of their products, lively chatter of customers elbowing to the front to get the better deals, gaggles of squawking seagulls, gondoliers singing… Ah, Venice.
Nearby is also the Erberia, the local fruit and vegetable market. Come early for the freshest goods, sold dawn to 2 pm every Tuesday to Saturday.

Flanking either side of the 13thcentury Palazzo della Ragione––commonly named il Salone––are Padua’s two outdoor markets, in piazzas named for what each market once specialized in: herbs and vegetables in the Piazza delle Erbe, and fruit in the Piazza della Frutta. Nowadays the trades are mingled in the four rows of canvas-covered stalls, and under the arches of the portico there are also permanent shops that sell fresh and cured meats, fish, meat, cheese, sweets and bread. The market operates daily from early morning to midday, except Sunday.

Locals in Milan head to Viale Papiniano to purchase fine quality produce, delicatessen and bread; plus, some of the best quality fashion items sold at discount prices. This is a typical Italian neighborhood market set-up with vendors selling fruit and vegetables, cured meats, seafood, cheeses and bread, alongside flowers, affordable kitchenware and cheap lingerie. Most will also have clothes and shoes on offer. Second-hand cashmere also makes a regular appearance. The Papiniano market is held every Tuesday and Saturday from morning to midday; the closest metro stop is Sant’Agostino.

Bologna, La Grassa––the fat––is an Italian food Mecca. With its massive mortadella and other cured meats, wheels of Parmigiano Reggiano, silky slices of prosciutto, fresh egg pasta rolled out by expert sfogline, and balsamic vinegar from nearby Modena, Bologna, and its region, Emilia-Romagna, boast some of the richest and most lavish food in the Italian peninsula. The market area in central Bologna is a maze of medieval streets collectively called Quadrilateropreserving their name from the old corporations that were here in the past. Meandering between Via Pescherie Vecchie and Via Drapperie, food lovers find a collection of shops that sell fresh produce, small butchers, artisan bakeries, and delis selling cured meat and cheese, in addition to other specialty vendors located in the 2014 Mercato di Mezzo, a 3-storey pavilion selling all kinds of delights. Mercato di Mezzo is open daily, from 8,30 am to midnight.

With a plethora of famous historical sights, world famous monuments and a long list of things to do and see, many people forget about the simple things Florence has to offer. Located in a structure dating to the 1860s in Piazza Ghiberti, approximately one mile from the center of Florence, is the Mercato di Sant’Ambrogio. Slightly off the beaten tourist path, here you’ll see fewer tourists and more locals doing their daily shopping rounds. The stalls at Sant’Ambrogio offer some of the finest and freshest products of Tuscany. In addition to the stacks of organic fruit and vegetables are freshly baked loaves of unsalted bread, fresh and aged pecorino cheeses, and a vast assortment of cured meats and salumi, star of which is the fennel-studded finocchiona. Pasta sellers, butchers and fishmongers also figure prominently among the market’s main vendors. But food is not the only thing sold here, outer lying stalls feature anything from household items like light bulbs and broomsticks, to vintage or second-hand clothes and trinkets. If you’re looking for authentic, look no further.

In Ancient Rome Testaccio was where much of the Tiber River trade took place. The remains of the broken and stacked clay amphorae stacked to create the artificial Monte dei Cocci hill in the heart of the neighborhood is the archeological evidence of the area’s ancient commercial past. It’s no surprise then that the Testaccio neighborhood market – which for several decades occupied a small square at the intersection of Via della Robbia, Via Bodoni, Via Manuzio and Via Mastro Giorgio, and relocated to its present address in 2012 – should become one of the neighborhood’s most striking and popular magnets. The modern 5,000-square meter structure houses a vast selection of butchers, fishmongers, fruit and vegetable sellers that occupy 100 or so stalls circled around the central “piazza” complete with refurbished pellet seating and cafe overlooking ancient Roman ruins of the original 1st century market found in the lower levels, unearthed during construction. Besides the top-notch quality provisions, this market is also one of the best places to enjoy lunch. Fabulous slices of pizza are sold at Casa Manco; ciabatta sandwiches are filled with classic cucina romana at Mordi e Vai, and at Le Mani in Pasta, besides selling all kinds of fresh pasta, food lovers can also enjoy freshly made pasta sold by the plate.

Located in the vibrant and non-touristy rione Pignasecca, the oldest outdoor food market in Naples is of the 60 markets scattered in the port city. “The dried pine” owes its name to the last tree that stood at the entrance of the large vegetable gardens that once served the inner-city. When the land was developed to house the occupying Spanish barracks in 1500, only this lone withered tree survived. Pignasecca no longer hosts vegetable plots but remains nonetheless a gem in the Neapolitan food scene. Walking through the working-class neighborhood, one chances upon stalls and stalls selling fish, clams, mussels, eels, squid and other sea creatures, often swimming in shallow plastic vats filled with sea water and seaweed. Beyond fish, the Pignasecca independent and family-run vendors sell inexpensive fresh seasonal produce, top-notch pastries, cheeses, heavenly pane cafone bread and taralli crackers, offal like boiled tripe, and divine pizza al portafoglio (a whole pizza made portable and edible on the go by folding it in quarters).

The chaos and southern energy of Palermo is summed up every morning at the Ballarò Market. Snaking for several blocks southeast of Palazzo dei Normanni is Palermo’s busiest street market, throbbing with activity from early dawn well into the early evening in a fascinating mix of aromas and street life. The abbanniate are the noisy calls of the sellers who, with a characteristic and colorful local accent, try to attract the interest of passers-by. The 1000-year old market features food stalls that sell every kind of seasonal and locally sourced goods, such as fresh ricotta, anchovies and colorful spices. Sold on the stalls are also foot-long cucuzze bean-like squash and their leafy tendrils called tenerumi, both used in a local soup, as well as purple eggplants, crimson heirloom tomatoes bursting with sunlight, capers, olives and, when in season, all manner of citrus like blood oranges, lemons and citrons. Ballarò is also a showcase for Sicilian street food. Think pane e panelle, sesame buns filled with lozenges of deep fried chickpea flour dough. No visit would be complete without tasting the locally fried and served arancine (rice balls)or a fluffy slice of sfincione, a thick pizza topped with tomatoes, olives and oregano. For lovers of offal, stigghioleand other intestines are grilled and served in the street, as are the local spiny artichokes. Don’t miss the snails, either!

At the foot of Mt Etna, Europe’s largest active volcano, Catania is a city that’s often overlooked by travelers on the otherwise popular island of Sicily. Big mistake. With its baroque architecture that uses volcanic stone, abundant in the area, because of the many lava flows in the vicinities, Catania also boasts one of the country’s most characteristic fish markets: a’ Piscaria. Local fishermen catch some of the sea’s finest fish and offer it up every morning from 5 a.m. in the market adjacent to the Piazza del Duomo and located just behind the 1867 marble fountain representing the Amenano River. The picturesque market is always crowded and the constant calling out of the vendors, known as vuciata contributes to the Arabic souq vibe.The stalls are located since the early 1800s in an arched tunnel dug in the sixteenth century under the Palazzo del Seminario dei Chierici and they extend beyond it to occupy the entire space contained by Renaissance bastions. 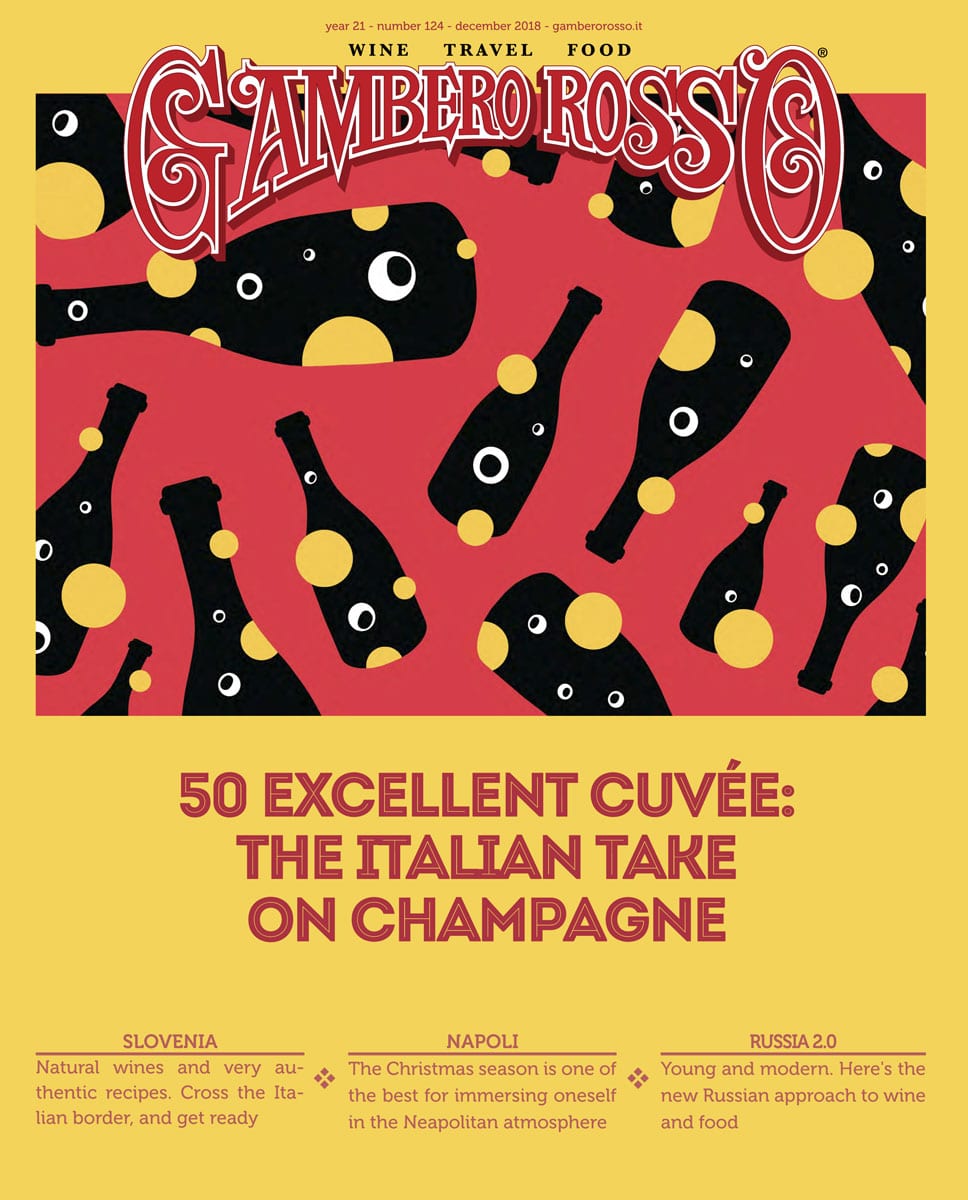