To the USA with love: wrong perspectives on the Italian Food&Wine culture 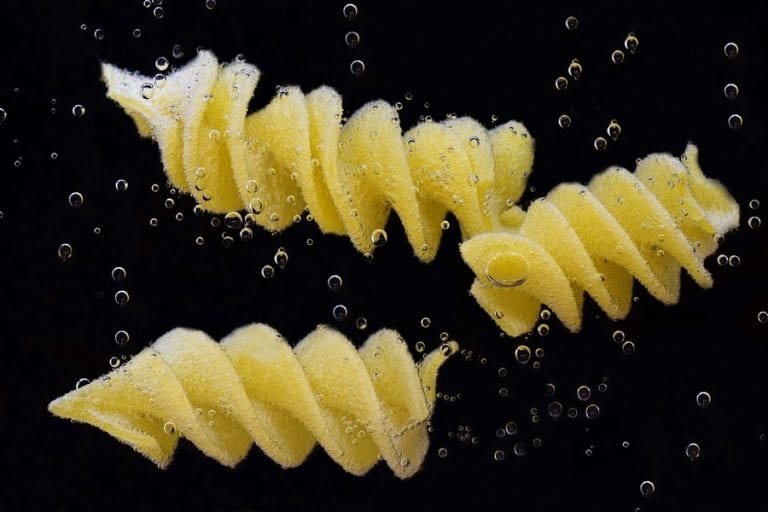 Between correct and (more often) incorrect notions and behaviours, here are a few gracefully witty insights on America’s point of view over the italian culinary experience.

When, exactly, did the Italians make the mistake of letting American people think that the concept of “Made in Italy”could be rearranged at its basic core? It wouldn’t be that far from being correct to assert that a lot of Americans (and, even worse, Italian-Americans), tend to interpret the Italian know how, in the matter of cuisine, under the influence of the illusion of its real understanding. This doesn’t want to be some sort of critique on the American culture and its propulsive thrust towards globalisation, but rather a way to give American consumers the key to get into the real sense of Italianness. Those that follow are some bullet points to start reconsidering one’s ideas on some major topics regarding the Italian interpretation of food and wine.

Of course, with love. 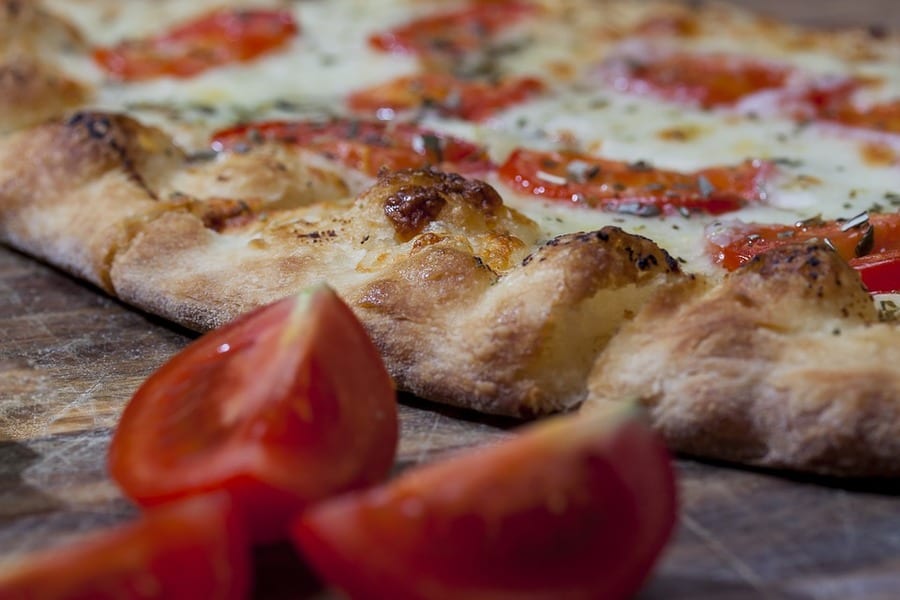 Pasta and pizza are superb. Whoever would disagree with this elemental concept, is (in the best case) a liar, or (in the worst) a “hangry” paleo-diet follower. Now, as people around the U.S. tend to magnify their unique abilities to prepare a perfect pasta dish “just as their Sicilian grand-grand-grandmother does”, only 0,314% of them actually knows what aldente means, revealing that act of magnification to be more similar to an act of mystification.

As much as American culture tends to speed up almost every form of modern technology (intended in its literal sense of application of scientific knowledge), when it comes to boiling pasta, all the social ambition of this (otherwise brilliant) multitude vanishes behind the wrong perception that, being pasta an Italian invention, it must be cooked slowly.

Well, the multitude should try again. 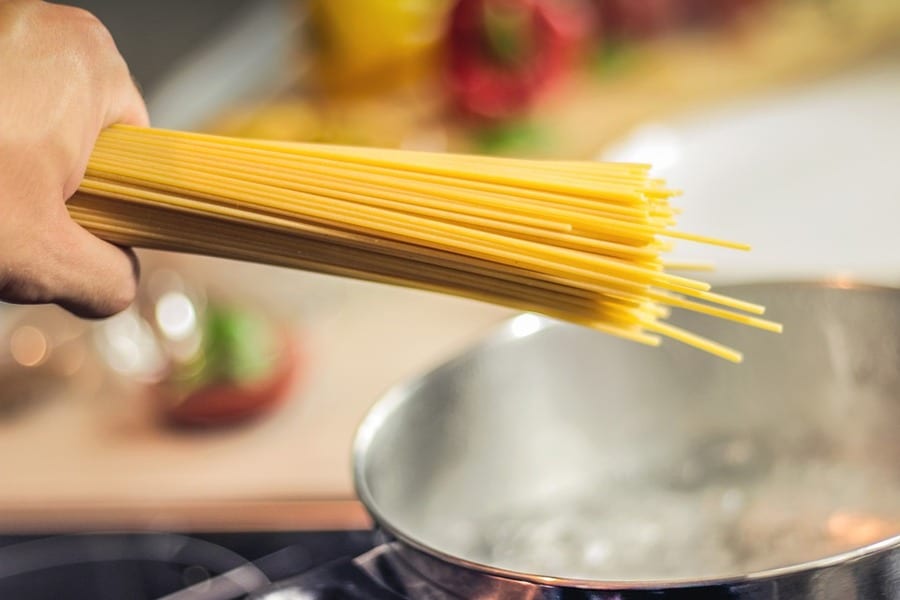 The truth is that there are two types of cooking styles, concerning pasta’s final consistency, that can be accepted without incurring into too much danger because of some wise Italian expat’s sentiments: aforesaid al dente, and al chiodo. The first (most famous) one is intended to be the softer between the two but, guess what? It’s still way harder than the typical outside-of-the-Country’s-borders final results. The latter is, instead, meant to give a very much appreciated indigestion for the white part inside (revealing what Italians call l’anima, the soul). No greasy toppings allowed, only condiments and sauces prepared with a base of extra virgin olive oil that, in some sporadic cases, can be substituted by butter. 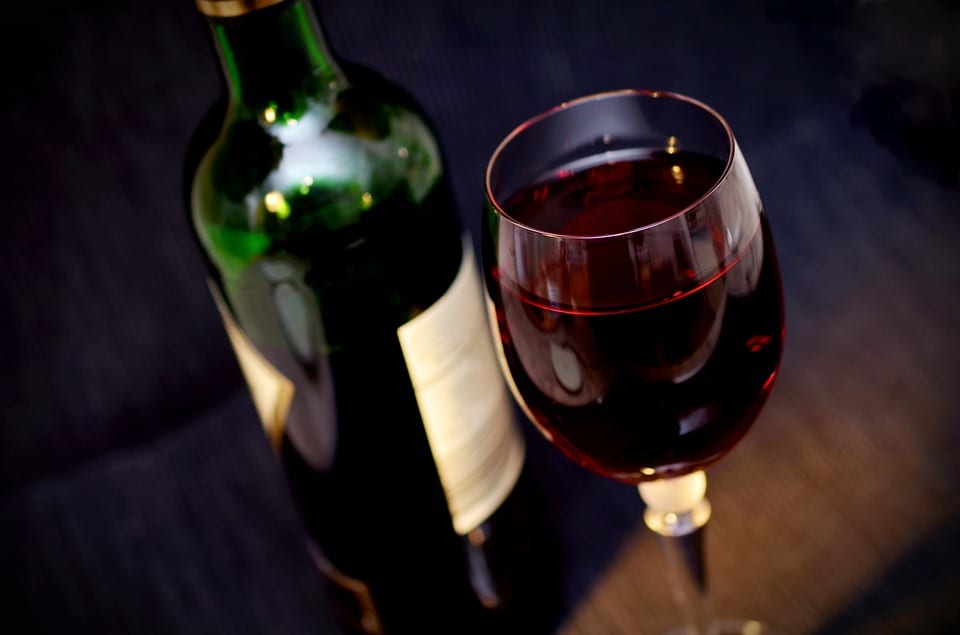 On the bad American food and beverage pairing up game

Let’s move on to the drinking habits. First of all. it is not acceptable to drink milk during an Italian meal (except for breakfast, of course). Nor it is considering soda, coke, juices, coffee, hot tea/herbal teas as valid alternatives. Let’s be clear and definitive on the topic: the only beverages that can be allowed during a meal are water and wine. The last one is warmly supported, in any of its forms: red, white, rosé, sparkling, still, natural, industrial, tall, short, thin or fat. Fool or wise.

There’s, then, a critical clarification to make, regarding the time frame considered in lavishing these guidelines. What has just been illustrated is the elegant code of conduct to follow during the actual consumption of the core dishes (intended as antipasto, primo, and secondo); when it comes to aperitivoand dessertor, more widely, to everything ingested beforehand and afterward, the boat can be rocked a little. With good taste, of course. Eligible for these types of courses are spirits, cocktails, liqueurs (especially some typical herbal ones, Amari, recommended to seal the deal as the end of a delighting time spent around the table) distillates, and, in some cases, tea (cold for the aperitivo, hot around dessert time). After lunch, an espressois required (at least to avoid collapsing under the pressure of heavy postprandial drowsiness). 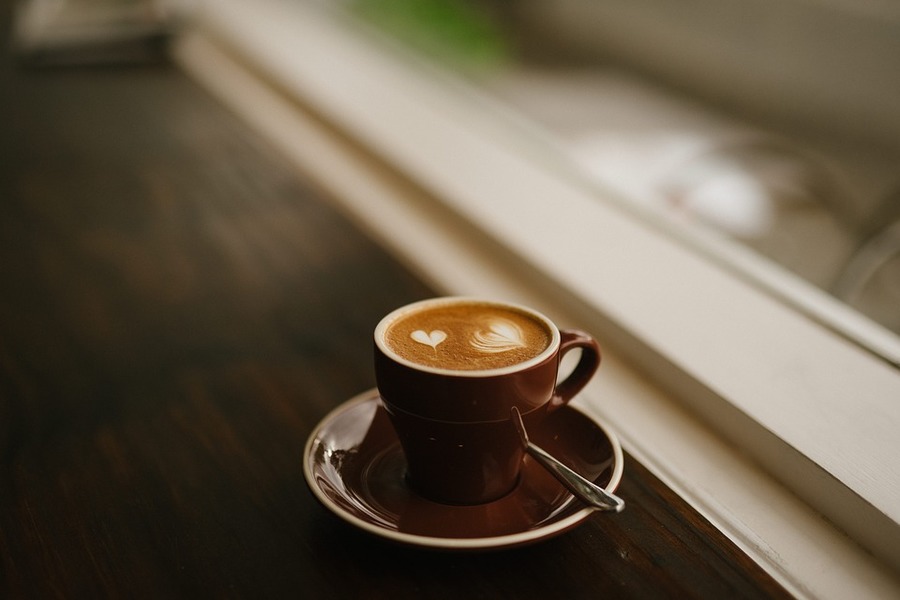 For the wildest, it is allowed even after dinner.

On the act of cooking and related ancestral rituals

In the U.S., especially in the bigger cities (namely, New York and Los Angeles), both the art of cooking and the common-sense profusion tend to be systematically (and dramatically) put away. Let’s analyse the issue: in a post-modern society where mental efficiency, speed, focus, multitasking, virtuality have taken the spot once reserved to humanity (cited in its rounded meaning), American people decide to reject any handwork concerning food transformation, unless professionally required. Since the very beginning of the human race, or close enough (roughly, 300.000 years ago), men discovered fire. The proof of this discovery lays on the fact that scientists were able to find, in Western Africa, the remains of cooked (maybe burnt) animal flesh.

What does this mean? Technically, human society has evolved and flourished thanks to the gathering experience offered by all the rituals created around the cooking-food deal. These kind of situations imply cooperation and maximum presence (and, of course, enjoyment). All things that Italians still take seriously nowadays. Americans, on the other hand, don’t have time to waste on food-preparation, unless talking of fitness believers (and we are not, indeed).

On the actual money-sparing revelation and some basic social math

What American people don’t understand is that losing these meaningful rituals is of substantial sociological, metaphorical, medical, and even economical relevance. From the economic perspective, for example: cooking one’s own meals is cheaper than quickly grabbing some food and drinks on the street, or other delights prepared by well-known chefs at gourmet restaurants. And what about affection? Hollywood movies still emphasise the importance of cooking and preparing food for the family as part of human nature. Still, the majority of metropolis-living Americans tend to exorcise this innate instinct by watching its dramatisation on the screen, leaving only to the imagination something that, for its premises, should be experienced and perceived through the five senses. Some sort of voyeurism. 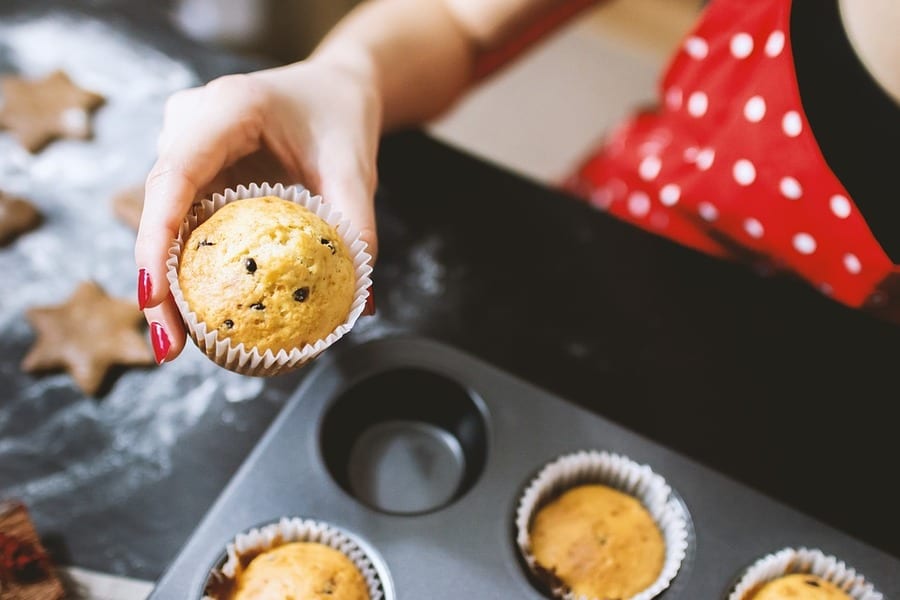 The joy of home-cooking.

Doing so with family, friends or, for that matter, even by oneself, helps to build and strengthen relationships. It’s somehow an ancient networking tool, capable to enhance our ability to positively interact with others after the actual cooking session has come to an end. As Nicole Farmer says in his “Psychosocial Benefits of Cooking Interventions: A Systematic Review”: “There was some evidence that socialisation benefits might extend beyond the cooking interventions, as some participants continued to report improved social interactions at home and with family, and they continued to prepare meals as household teams even 6 months later”. 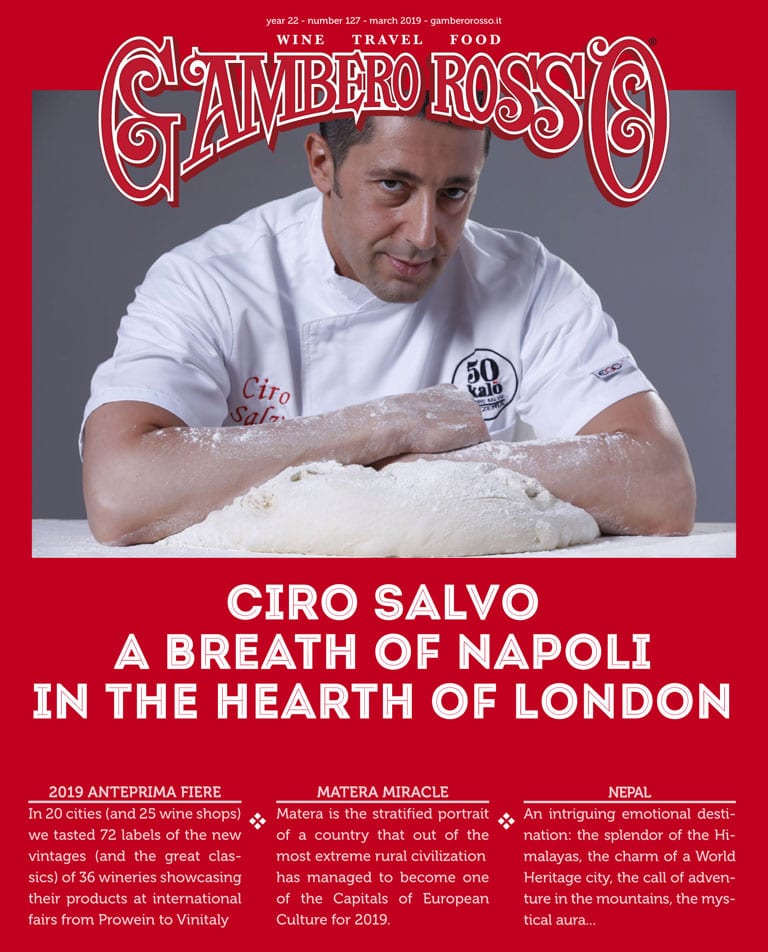 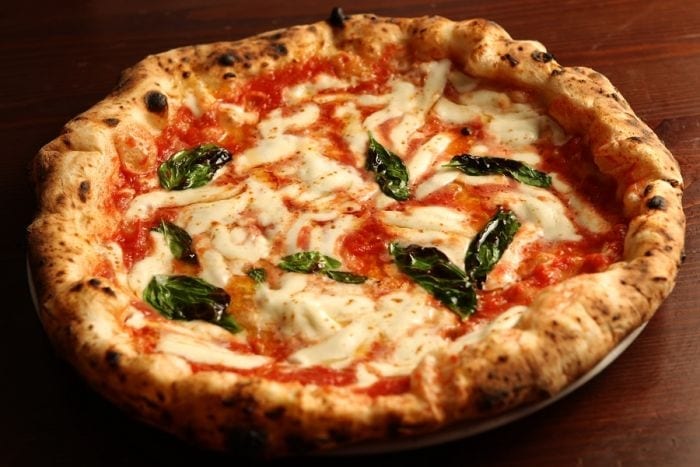 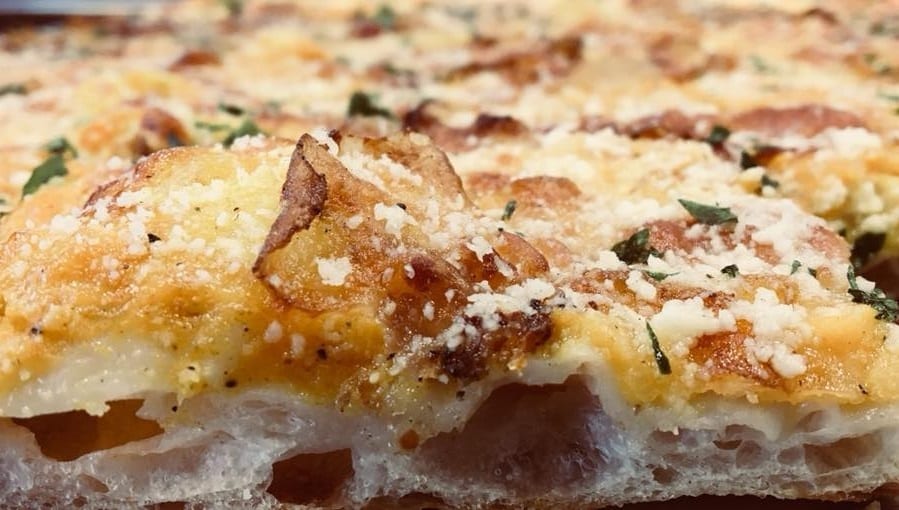 PQR opens in NYC, Angelo Iezzi’s pizza sold by weight in the... 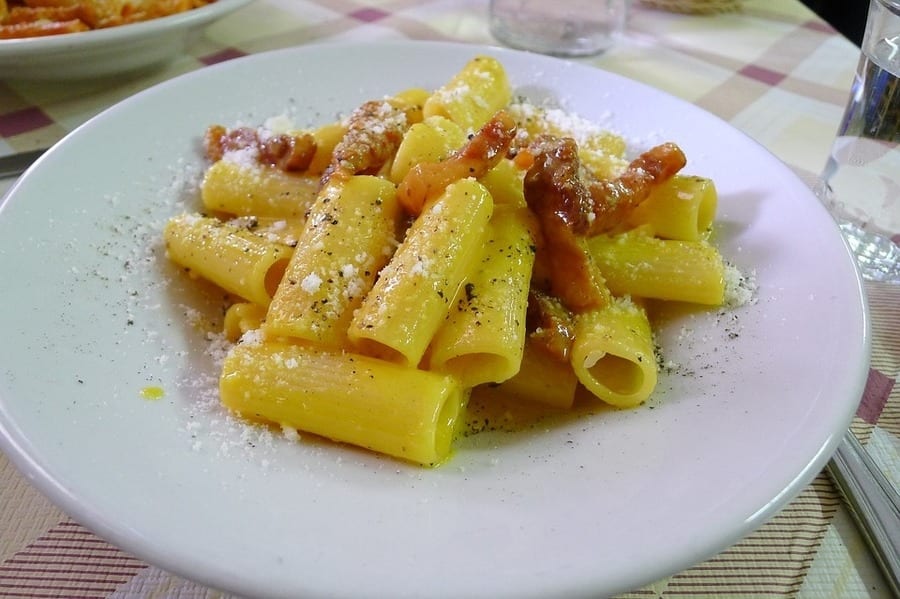 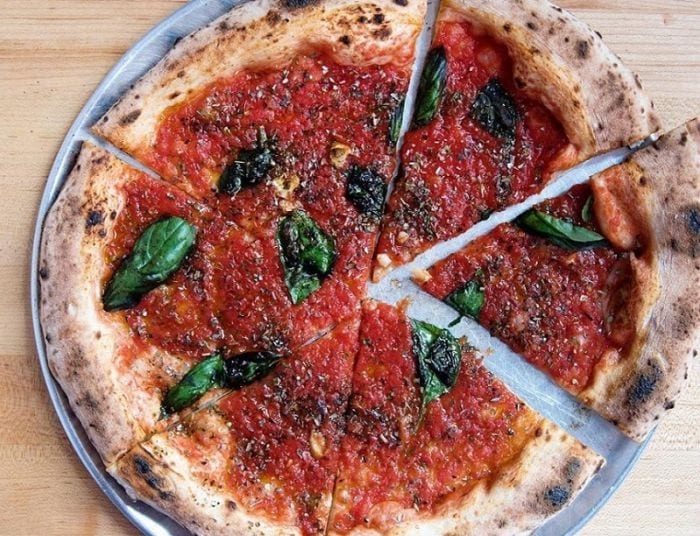